Marc learned the land business from his father from the ground up by working for Christmas and Associates starting when he was 12 years old - clearing camp lots, marking boundary lines and doing logging and forestry work. He eventually earned his real estate license and began working for the company in sales and acquisitions. Marc currently holds his real estate broker’s license and is now an experienced and respected leader in the family company, acting as business partner to his father and founder of the company, Dan Christmas.

Marc grew up in the Adirondack Mountains in Tupper Lake and has hunted, fished and canoed most of his life. He moved to Camden New York when the company relocated and while central New York is his home, he has also spent a considerable amount of time touring large tracts of land in Colorado and Montana.

Today, Marc is married and father to three daughters. Marc rarely takes time off but when he does, you will find him building something for his family – from retrofitting an old camp kitchen for his dad to building furniture for his wife and helping his brother build a new house! He is an extremely hard worker and is motivated and driven by a whole-hearted commitment to his family and to the success of Christmas and Associates. 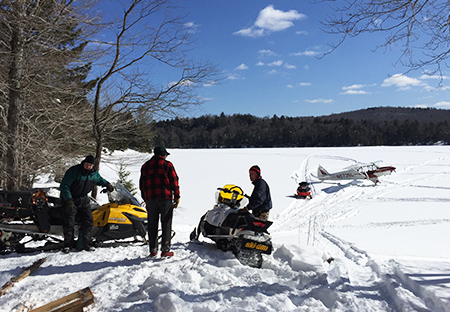